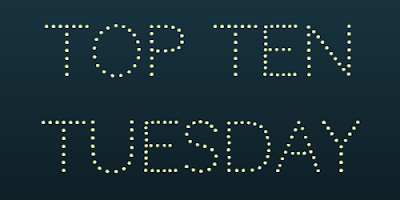 The Miniaturist by Jessie Burton: I still can't quite believe this is Burton's debut because it's one of the most stunningly written books I've ever read. Set in 17th century Amsterdam, Burton fills each page with sumptuous detail and lyrical prose. So worth reading!


Burial Rites by Hannah Kent: Set in 19th century Iceland, Hannah Kent's debut novel is the perfect novel for the winter because the bitter cold oozes from the pages. This is also a book that'll break your heart in two. Just so you know.

Year of Wonders by Geraldine Brooks: Year of Wonders is the novelisation of a true event in which a village called Eyam in Derbyshire closed itself off to the world when its residents began to succumb to the plague, in hopes of preventing the spread of the disease. The village itself almost becomes a character in this novel, and Brooks describes the isolation wonderfully.

The Night Circus by Erin Morgenstern: I didn't love this novel as much as I'd hoped I would, but there's no denying that Morgenstern's circus is wonderfully fantastical. I want to go to the Night Circus, too.


The Book Thief by Markus Zusak: What I love about this novel is that the setting's unusual. So many historical fiction books set during the Second World War are set in Britain, France or America, so it was so refreshing to read a book set in Germany during the war which painted Germans fairly. It's good to remember that the vast majority of the German and Austrian population hated Hitler more than anyone else did.

The Hunger Games by Suzanne Collins: I love dystopian fiction that could be a fathomable reality, and in my opinion Collins succeeded with this trilogy. If we were to broadcast a show like The Hunger Games you can guarantee people would watch it, and that's what makes these books so terrifying.

Feed by Mira Grant: Ah Feed, my love. What I love about Feed is that it's a post-post-apocalyptic novel. Zombies exist but not every single society in the world has collapsed. Grant's world building is so well thought out and thorough. I just love this book!


The Long Way to a Small, Angry Planet by Becky Chambers: I think I'd marry this book if I could. It includes so many things that I'm passionate about and Chambers' world building is astounding. Read this!


Delirium by Lauren Oliver: We all know by now how much of a trainwreck Requiem was, but I thought Delirium was a beautifully written YA dystopia - in all honesty I wish it had been a standalone. When I first heard it was set in a world without love I thought it was going to be really cheesy, but Lauren Oliver has put a lot of thought into what a world without love would really mean and it's so bleak. Wonderful novel, just pretend the latter two don't exist.


The Lunar Chronicles by Marissa Meyer: Obviously this series was going to be on the list. I love it and I love Marissa Meyer's futuristic universe. No more need be said.