Review | Simon vs. the Homo Sapiens Agenda by Becky Albertalli 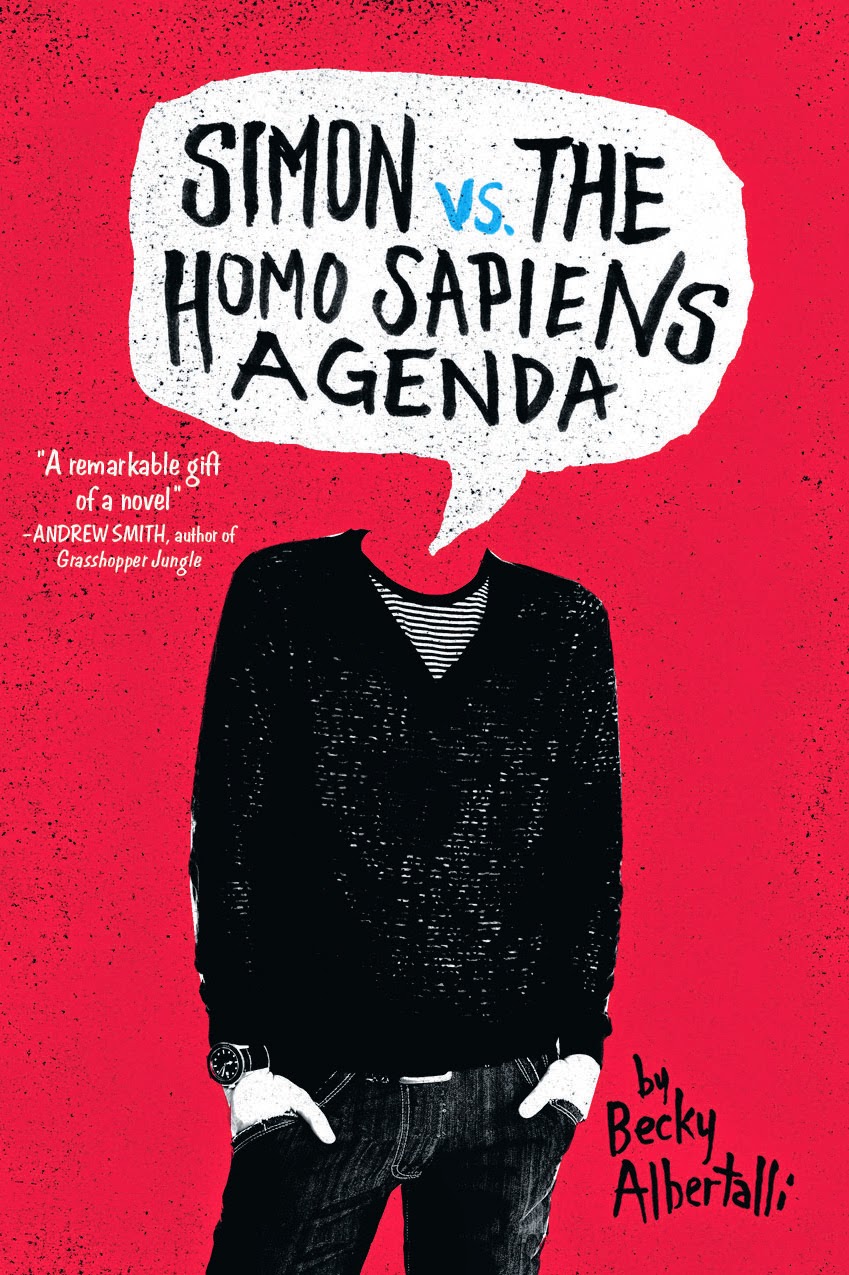 Simon vs. the Homo Sapiens Agenda
by Becky Albertalli

Sixteen-year-old and not-so-openly gay Simon Spier prefers to save his drama for the school musical. But when an email falls into the wrong hands, his secret is at risk of being thrust into the spotlight. Now Simon is actually being blackmailed: if he doesn’t play wingman for class clown Martin, his sexual identity will become everyone’s business. Worse, the privacy of Blue, the pen name of the boy he’s been emailing, will be compromised.With some messy dynamics emerging in his once tight-knit group of friends, and his email correspondence with Blue growing more flirtatious every day, Simon’s junior year has suddenly gotten all kinds of complicated. Now, change-averse Simon has to find a way to step out of his comfort zone before he’s pushed out—without alienating his friends, compromising himself, or fumbling a shot at happiness with the most confusing, adorable guy he’s never met.

YA contemporary is one of the genres I tend to read the least of - the majority of the books I read nowadays aren't YA and I'm much more inclined towards the speculative than the 'normal' - but every now and then I stray back into the genre, and I almost always enjoy it when I do. This instance was no different.

I've heard nothing but praise for Simon vs. the Homo Sapiens Agenda, so when I saw the kindle edition was relatively cheap I bought a copy and if I hadn't started reading it in the late hours, with work the next morning, I easily could have read it in one sitting; I read it for about an hour before I went to sleep and breezed through almost a third of it. I finished it the next day. I flew through this book, it's so much fun and surprisingly funny; as in 'I-actually-laughed-while-reading-this-and-got-weird-looks-from-my-family' funny.

This is one of those YA books where the characters feel like real teenagers. Some of the characters in this book reminded me of some of the people I went to school with, and as someone who so often finds it difficult to relate to the characters in contemporary YA this made for such a wonderfully nostalgic reading experience. I knew my fair share of Abbys, Taylors and Martins when I was at school.

Simon is a fantastic protagonist. He's funny and adorable and also genuine; he feels like a real boy (no that's not a Pinocchio reference) and the way he reacts to the pretty horrible situation he finds himself in is perfectly realistic. Considering she's a (presumably) heterosexual woman, Becky Albertalli has written a young gay man very well. I loved his relationship with Blue, too; the two of them have electric, honest chemistry and their emails were heartwarming, heartwrenching and hilarious all at once. Even though Blue was a little frustrating at times, he was never unlikeable, and even though I guessed who Blue was just over half way through it didn't take anything away from the ultimate reveal.

This isn't the best book I've ever read, but it was an incredibly pleasant surprise. I was glad that characters like Martin and Leah didn't get their ideal happy endings in a romantic sense because the two of them still have some growing to do; both of them were pretty shitty towards Abby, and what Martin does to Simon is, quite frankly, horrific. Blackmailing someone by threatening to out them is disrespectful and dangerous; some people don't come out because they don't feel safe in doing so, and Martin never even considers that.

All in all it was a fabulously entertaining book that I loved from start to finish and couldn't put down - 5 stars from me!
Posted by Jess @ Jessticulates at 11:00