February is LGBT+ History Month here in the UK (our Black History Month falls in October) so I figured now was as good a time as any to recommend some books to you that feature LGBT+ protagonists. This list is not as long as I'd like it to be; despite being able to think of a lot of LGBT+ characters out there, the list became much narrower when I considered how many of those characters were the main protagonists of their books. I still have a lot of reading to do!

(Before I continue I'd also like to say that reading LGBT+ authors and characters is something we should be doing all year, not just LGBT+ History Month!) 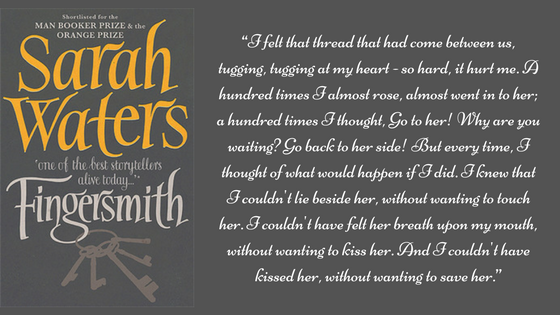 Five of Sarah Waters' six published novels have LGBT+ protagonists - The Little Stranger is the only one that doesn't - so she's an author well worth checking out this month and beyond. Fingersmith is considered her masterpiece and I can see why; it's probably the most shocking book I've ever read (in terms of plot twists, not content) and it's such great fun. Being a gay woman herself Waters writes gay women well, and is particularly good at writing these women back into history. If you haven't read Fingersmith yet, you're missing out. 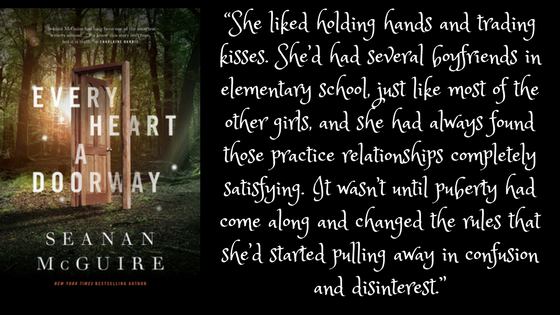 I wasn't actually the biggest fan of Every Heart a Doorway, which is a real shame because I love Seanan McGuire, but it gets points from me just for having a protagonist who identifies as asexual and actually calls herself asexual in the text. Even better, she discusses the differences between asexuality and aromanticism, and as someone who has asexual friends and falls somewhere on the spectrum herself (if I had to identify my sexuality, I'd probably describe myself as demisexual) it was really refreshing to see it being acknowledged. 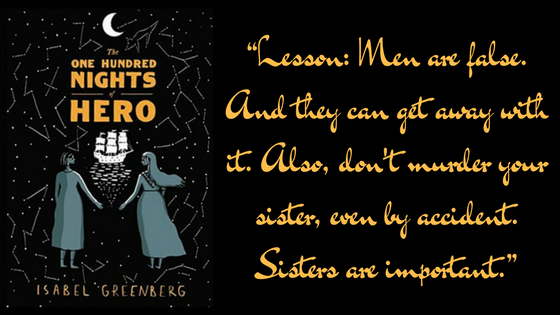 This beautiful graphic novel is a lesbian retelling of The 1001 Nights (also known as The Arabian Nights) and it's so lovely and funny and bittersweet. If you like self-aware stories and stories within stories you'll enjoy The One Hundred Nights of Hero, and while the romance is an important part of the book it also has a general focus on women's relationships - be it sisters or mothers and daughters or friendships -  that was a real joy to read. 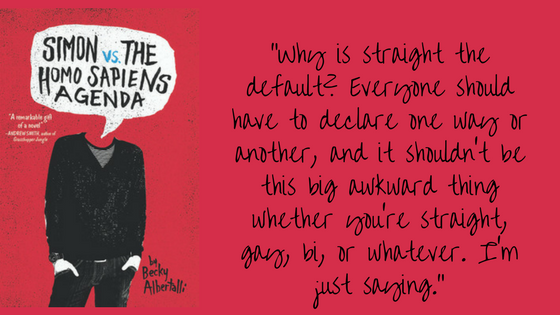 I don't read much YA but Simon vs. the Homo Sapiens Agenda is probably one of my favourite ever YA books. I was wary of it at first because there was so much hype surrounding it, but this is one of the few instances in which the hype was well-deserved. If you're keen to read some LGBT+ YA and you haven't picked this one up yet, you're definitely missing out. 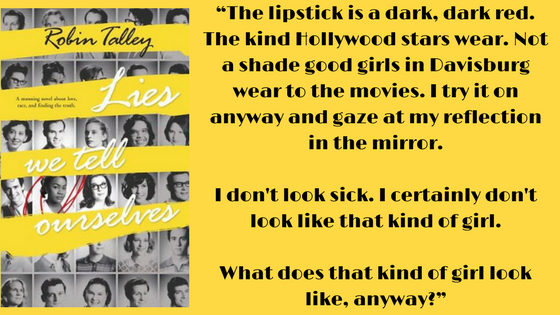 A bit of historical YA now and, like Sarah Waters, LGBT+ women are the focus of all of Robin Talley's novels. She's such an important voice in the YA community and from what I've read so far (I still have her most recent book, Our Own Private Universe, to read) her debut is still her best work yet because it's so heart-breaking and, sadly, so relevant when we take into consideration the problems with racism the world is still having in 2017. What I appreciate about Talley is that her characters feel like people, they're not perfect, and while I did have one particular issue with Lies We Tell Ourselves that I discuss in my review it didn't take away from my enjoyment of it. This is such a great read, and also relevant for those of you in the US celebrating Black History Month!

Have you read any of these books? Which books with LGBT+ protagonists would you recommend?
Posted by Jess @ Jessticulates at 12:21