Back in December I talked about some of my anticipated books for the first half of 2016 (and if I'm being completely honest I still haven't read most of them for a number of reasons) and today I'm back with my anticipated reads for the second half of 2016! These are books which are being released from July-December - with one exception. I'm a lot more excited for these books than my previous anticipated books list, mainly because four of these books are second novels from authors whose debut novels I adored last year.


So, without further ado, here are my ten eight most anticipated releases for the rest of 2016!

Goldenhand by Garth Nix: Another book in The Old Kingdom series. WITH LIRAEL AS THE PROTAGONIST. I'm so excited I might throw up. Thanks to Micheline @ Lunar Rainbows Reviews for bringing this book to my attention!

A Closed and Common Orbit by Becky Chambers: I adored The Long Way to a Small, Angry Planet - adored it - so I can't wait for this book. I need it in my life now. 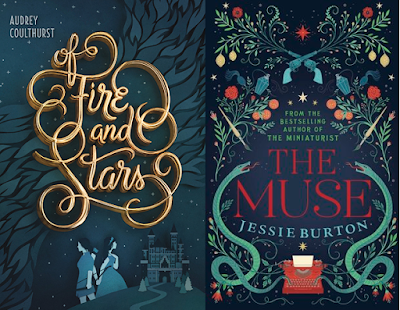 The Muse by Jessie Burton: So this book is an exception to the rule as it's actually being released right at the end of this month - for some reason I thought it was being released in July so I didn't mention it in my previous anticipated books list, and I couldn't not mention it. I loved The Miniaturist and Burton writes so beautifully that I'm really excited to sink into The Muse.

The Good People by Hannah Kent: I loved Hannah Kent's debut novel Burial Rites, so I was very excited to learn she's bringing out her second novel in October. This book sounds like it includes a lot of allusions to folklore, and has the potential to be magical realism meets historical fiction. Whatever it turns out to be I'm sure it'll be beautiful and I can't wait to read it.

Which books made your list this week?
Posted by Jess @ Jessticulates at 07:00