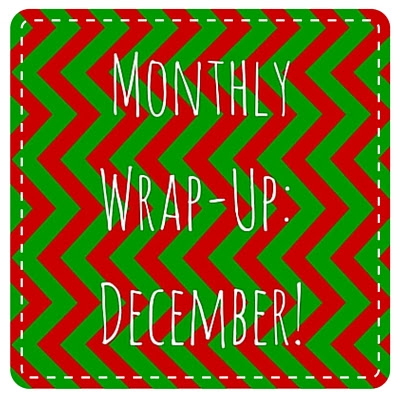 This is going up a little later than I hoped it would, but this is everything I got up to in December! 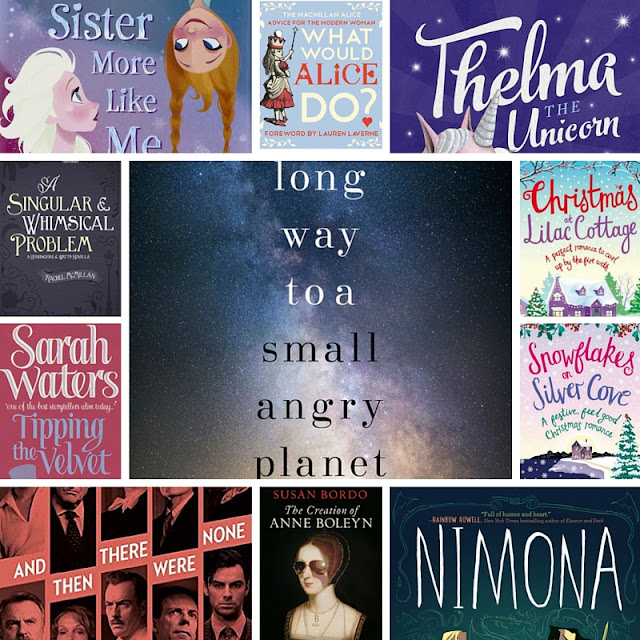 What Would Alice Do?
by Lewis Carroll

Thelma the Unicorn
by Aaron Blabey

Tipping the Velvet
by Sarah Waters

The Creation of Anne Boleyn: In Search of the Tudors' Most Notorious Queen
by Susan Bordo

The Long Way to a Small, Angry Planet
by Becky Chambers

And Then There Were None
by Agatha Christie

December was quite a varied reading month! I was hoping to fill my December with festive, wintery reads, but the three Christmassy reads I read (two of which I DNF'd) I really, really didn't like, and it just bummed me out. So instead I read whatever I felt like reading, and I ended up reading some really brilliant books alongside the not so great ones. My highlight of the month was definitely The Long Way to a Small, Angry Planet, which now has a firm spot on my list of favourite books.

Unless you've been living under a rock, you'll know that the new film in the Star Wars franchise was released in December. In all honesty when I first heard they were making a new Star Wars film, I was just indifferent; I don't dislike the franchise, but I'm not obsessed with it either. I have gotten more interested in sci-fi over the years, but I'm still much more of a Harry Potter and Lord of the Rings girl.

Then I was weak for marketing ploys. I kept seeing the trailer and friends of mine kept saying it was a brilliant film, so in the end I figured I might as well go and see it - especially while it's still in the cinema. I have to admit I did really enjoy it! Will I buy it when it's released on DVD? I don't know, but probably. If nothing else it was pretty fantastic to see a leading lady in such a huge franchise; Rey's a brilliant heroine, and I loved Finn.

I also watched the three-part adaptation of And Then There Were None on the BBC, which had a wonderful cast including actors such as Charles Dance, Anna Maxwell Martin and Miranda Richardson. Aidan Turner was also in it, and spent one scene in nothing but a towel. It was a good scene.

As I also read And Then There Were None in December, I think I may do a Book vs. Adaptation post soon!

Tipping the Velvet
by Sarah Waters

The Creation of Anne Boleyn: In Search of the Tudors' Most Notorious Queen
by Susan Bordo

The Long Way to a Small, Angry Planet
by Becky Chambers

So it was Christmas and New Year in December. Obviously. Thanks for pointing that out, Jess.

I spent Christmas Day with my parents; it was a really nice day with a delicious dinner and lots of lovely presents. I was really pleased that my parents liked the things I gave them, and I got some amazing presents, too, including a pile of new books. I got some wonderful presents from Natalie @ A Sea Change and Mikayla @ Mikayla's Book Shelf, and I recommend checking out both of their blogs!

If you're interested, you can check out the books I got for Christmas here!

I spend every New Year with my best friend, Laura, who I've known since the two us were ten years old. Unfortunately Laura lives in York, which is a beautiful city but one of the cities that was hit by floods at the end of 2015. I spent New Year's with my family instead, which was nice, but it didn't feel like New Year without Laura. Hopefully I can visit her soon!

I also ended up getting offered a new job in December! I'm now a Sales and Marketing Assistant at the University of Wales Press, a temporary position until the beginning of April - I'm pleased to have another job, it means I can keep earning money (and the pay's actually better than my last job) but I'm still hoping to get a job in England as soon as I can. Wales is lovely, but it's not quite home to me.

Mallory @ The Local Muse's A list of Rejected Thesis Sentences